Artists at Play is proud to present Two Mile Hollow by Leah Nanako Winkler as part of our annual spring reading series on Sunday, March 20, 2016 at 3 p.m. 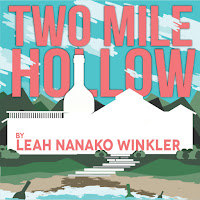 The Play
When the Donnelly's gather for a weekend in the country to gather their belongings for their recently sold estate—both an internal storm and a literal storm brews. As this brood of famous, longing-to-be-famous and kind of a mess but totally Caucasian family comes together with their personal assistant, Charlotte, some really really really really really complicated and totally unique secrets are revealed (over white wine). A parody coupled with moments of disorienting sincerity, Two Mile Hollow explores the dysfunctional family genre with brutality, awe and compassion.

The Playwright
Leah Nanako Winkler is from Kamakura, Japan and Lexington, Kentucky. Her plays include Kentucky (2015 Kilroys List, Upcoming world premiere April 2016 w/ Page 73 and Youngblood/EST), Death for Sydney Black (terraNova Collective), Double Suicide At Ueno Park!!! (35th Marathon of One-Act Plays) and more. Her work has been developed at Page 73, Playwrights Horizons, Clubbed Thumb, New Georges, New York Theatre Workshop, The Bushwick Starr, The Flea Theatre and more.  She is a two-time recipient of NYU’s A/P/A commission and one of her essays was a part of the exhibition, "Visible & Invisible" at the Japanese American National Museum. Her collections of short plays, NAGORIYUKI & Other Short Plays and The Lowest Form Of Writing are available on Amazon and have been performed all over the world. Other publications include Nanjing University’s Stage and Screen Reviews (China, December 2014 edition), Simon and Krauss, and Samuel French. She was a winner of the 2015 Samuel French OOB Festival and a 2016 Susan Smith Blackburn nominee. She has received a 2016 commission from 2G and is currently pursuing her MFA at Brooklyn College where she is a recipient of the Capote Fellowship in Creative Writing. She is a current member of Youngblood and the Dorothy Strelsin New American Writers Group at Primary Stages. 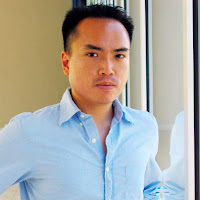 Michael Golamco’s plays (Build, Year Zero, Cowboy Versus Samurai) have been produced at NYC’s Second Stage Theatre, the Geffen Playhouse, Chicago’s Victory Gardens Theatre, Actors Theatre of Louisville, the Guthrie, LA’s Colony Theater and many others both nationally and internationally. He has received playwriting commissions from Second Stage, South Coast Repertory and the Geffen, and is a resident playwright at New Dramatists. As a screenwriter, Michael has sold pilots to NBC, WB Television and ABC Family; he currently writes for NBC’s “Grimm.”  His latest feature film is Please Stand By—from the producers of Juno and Up in the Air, starring Dakota Fanning, Toni Collette and Alice Eve.