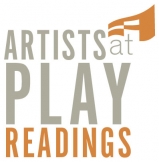 Continuing our mission to present stories of underrepresented communities, Artists at Play will develop and showcase these new works to the Los Angeles theatre community. In the midst of a national discussion on the lack of diversity and representation, we are proud to present two new plays by emerging playwrights of Asian descent with distinct voices that feature diverse casts.

Each reading is FREE and will be followed by a talkback.