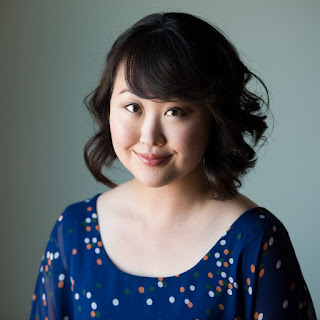 Julia Cho (Producing Artistic Leader, Founding Member), a Los Angeles native, made her professional acting debut in the Bay Area premiere of An Alphabet, presented by the John Cage Trust Fund. She then starred in the Word for Word production of Amy Tan’s Immortal Heart at the Magic Theatre in San Francisco. After an extended award-winning run, the show toured domestically and in France. Since then, Julia has performed/toured with East West Players, hereandnow theatre company, Lodestone Theatre Ensemble, and sketch comedy group OPM.


In the summer of 2009, Julia embarked on her first producing venture, leading an ensemble cast-- calling themselves Actors at Play-- to create and perform an original Valentine's Day show. Beware of Cupid had a successful run in February 2010 and was featured on angryasianman.com as well as the Hyphen blog.

Film credits include Wedding Palace and Larry Crowne. TV credits include Good Luck Charlie (Disney Channel), The Newsroom (HBO), The Office (NBC), 2 Broke Girls (CBS), and Scandal (ABC). Julia starred in the web series Jeff and Ravi Fail History, which screened at SXSW 2011, and appeared as "Charlotte Lu" in the Emmy Award-winning web series The Lizzie Bennet Diaries. Check out IMDb for a full list of credits and Facebook for news and updates. Twitter: @thatjuliacho 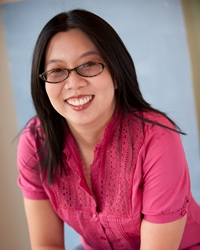 Stefanie Wong Lau (Producing Artistic Leader, Founding Member) has been a theatre professional since 2000 when she graduated from UCLA and became an intern and volunteer at East West Players. She joined the staff full-time in 2001, serving as the Public Relations and Marketing Director. Before Stefanie left in June 2006, she increased the theatre’s earned income through innovative marketing and outreach initiatives and helped launch the first national Asian American theatre conference.
In November 2006, Stefanie joined the Center Theatre Group Development Department as their Special Events Coordinator. She helped plan the organization’s successful annual fundraisers, and other major events include Freakin’ Sweet! with Family Guy creator Seth MacFarlane and Center Theatre Group’s 40th Anniversary Luncheon. When Stefanie left in July 2008, she had organized or assisted with more than 75 donor events ranging from opening night dinners to backstage tours and intimate artist dialogues. She continues to work part-time at CTG on fundraising events including Season Celebration, Angels' Night Lite and Enter Laughing (honoring Carl Reiner).


Stefanie is the Managing Director of Cold Tofu Improv, the nation's oldest Asian American comedy improv group. She started with the organization as a student in 2003, completing its improv training workshops and becoming an Ensemble member. She joined the Board of Directors in 2006 and was appointed Managing Director in 2013. As a producer, Stefanie has worked on the organization's comedy sketch show Tofu Exposed, fundraiser Changing of the Guard, monthly improv performances in the Los Angeles Arts District and TeleMongol: Invading Your Box 24/7 (co-production with Cold Tofu Improv, Lodestone Theatre Ensemble, 18 Mighty Mountain Warriors and OPM).

As an independent theatre professional, Stefanie has worked with many organizations on a number of successful productions including: Letters to a Student Revolutionary (AddWord Productions and Metamorphosis Theatre Company); Songs for a New World and Ordinary Days (Yes, and… Productions); Beware of Cupid (Actors at Play); and The Chinese Massacre (Annotated) (Circle X Theatre Company). She also worked for the Ford Amphitheatre's Community Bridges Program and served on its advisory committee. Twitter: @MsStefanieL 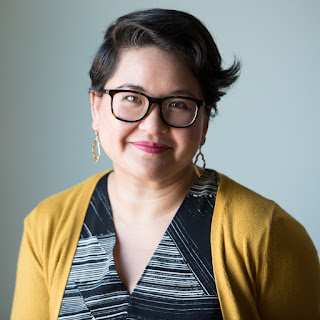 Marie-Reine Velez (Producing Artistic Leader, Founding Member) is a founding member of Artists at Play and has co-produced the Los Angeles premieres of Ching Chong Chinaman, Edith Can Shoot Things and Hit Them and Cowboy Versus Samurai; and she dramaturged the 2013 AAP staged reading of Iggy Woo by Alice Tuan. She currently works in production and marketing for Visions and Voices, the arts and humanities initiative at the University of Southern California, where she has had the honor of working events with noted speakers and artists such as Ira Glass, Anna Deveare Smith, Pedro Almodovar, David Henry Hwang, Patti Smith, Tony Kushner and Alonzo King Lines Ballet, among others.


Having served on the host committee of the National Asian American Theatre Festival and Conference in Los Angeles (2011), Marie-Reine has been a theatre and music events producer in Los Angeles since 2005. As general manager with TeAda Productions, she produced four years of the TEADAWORKS New Performance Festivals and Labs, along with TeAda’s Ramble-Ations: A One D’Lo Show, El Verde Origins by Anthony Aguilar, Farid Mercury by Robert Karimi, Refugee Nation by Leilani Chan and Ova Saopeng and Wong Flew Over the Cuckoo’s Nest by Kristina Wong. She now serves as the board president for TeAda Productions. 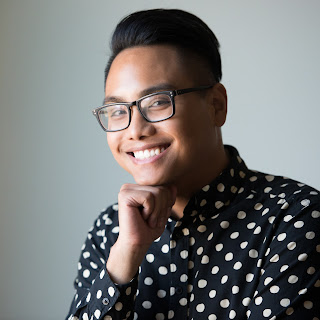 Nicholas Pilapil (Producer) joined Artists at Play in 2013 and has since co-produced the Los Angeles premieres of Cowboy Versus Samurai and 99 Histories, the West Coast premiere of In Love and Warcraft, and Artists at Play's annual new play development readings. Other producing credits include Exhibit: Frida, A Sunday Afternoon Cabaret, Kerrigan-Lowdermilk's Party Worth Crashing, and Real Love (a dark comedy). He has also worked on productions with Chalk Repertory Theatre, Chicago Opera Theater, Long Beach Opera, RedSoil Theater Company, Yes, And... Productions and RIOTstage. Twitter: @nicholaspilapil 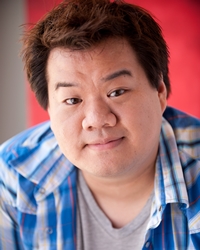 Peter J. Kuo (Founding Member) is an L.A. native theatre producer, director, and writer. Currently he is earning his MFA in Directing at The New School for Drama in New York.

As an artist, he has directed several plays and readings in Los Angeles for East West Players, USC Master in Writing Program, Yes and... Productions, Chinatown 90210, AddWord Productions, Metamorphosis Theatre Company, 2Cents Theatre and Playground-LA. He served as Assistant Director for Tony Award-winning director Pam MacKinnon on South Coast Repertory's production of The Parisian Woman, by Beau Willimon; and for Geffen Playhouse's production of Yes, Prime Minister, written and directed by Jonathan Lynn (writer/director of the cult-classic film Clue). He was an FAIR assistant director at Oregon Shakespeare Festival to Juliette Carrillo on the 50th anniversary production of The Sign in Sidney Brustein's Window.

He earned his A.A. in Theatre with high honors from Fullerton College, where he received the Leadership Award and Anita & Everette Theatre Arts Scholarship. He earned his B.A. in Drama with a minor in Business Management at UC Irvine, where he was accepted into the Honors in Directing program and founded the theatre organization Diversity University Irvine, producing seven shows, three of which he directed. His work founding and leading Diversity University Irvine earned him multiple Undergraduate Research Opportunity Program grants as well as the Chancellor's Award for Claire Trevor School of the Arts. Twitter: @PeterJKuo